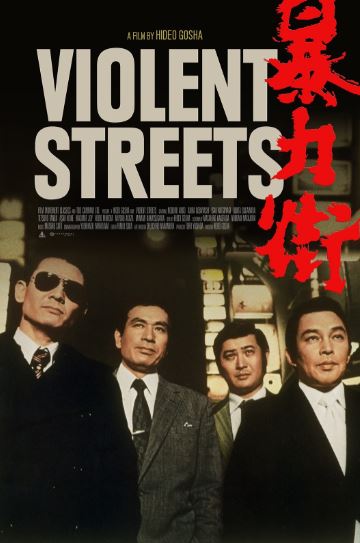 Violent Streets: After establishing a name for himself in the samurai film genre, master filmmaker Hideo Gosha (THREE OUTLAW SAMURAI, SAMURAI WOLF) turned his camera to the world of the yakuza and the dangerous streets that they dominate.

The legendary gangster-turned-actor Noboru Ando plays the role of Egawa, a retired yakuza underboss who is now the proprietor of a nightclub. Egawa is drawn back into the life of a yakuza when his old comrades want control of his club.

Meanwhile, a gang conflict quietly raging behind the scenes erupts into open bloodshed in response to a high-profile kidnapping. This lends unimaginably high stakes to Egawa’s reemergence in the yakuza scene.

The end product is a dynamic and stylish explosion of deception, mayhem, and death that leaves no one unscathed. It is also a masterpiece of yakuza cinema from the 1970s.

How to get the Thunderlord Exotic Catalyst in Destiny 2.