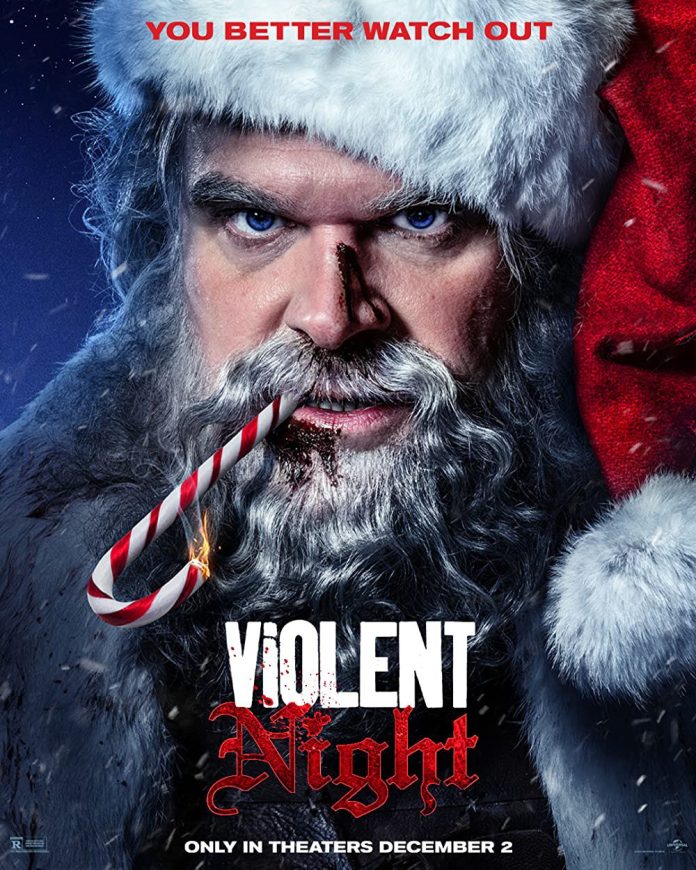 Violent Night is an upcoming holiday action comedy that stars David Harbour as Santa Claus. Universal Pictures has now produced a featurette that takes viewers behind the scenes of the film’s production. The film is scheduled to be released in theaters on December 2nd. The cast of Violent Night provides commentary for the Violent Night featurette, in which they examine David Harbour’s original interpretation of Santa Claus. In addition, it demonstrates some brand new footage of Harbour in action, in which he tries to save a little girl from a band of mercenaries.

Watch the featurette on Violent Night by clicking the following link:

Tommy Wirkola is in charge of the film’s direction, and Pat Casey and Josh Miller penned the screenplay for the film are based on. In addition to Harbour, the cast includes Cam Gigandet (Without Remorse), John Leguizamo (John Wick), Alex Hassell (Cowboy Bebop), Alexis Louder (The Tomorrow War), Edi Patterson (The Righteous Gemstones), and Beverly D’Angelo (the National Lampoon’s Vacation franchise).

“On Christmas Eve, a group of mercenaries bursts into a wealthy family’s compound and takes everyone captive. However, the team isn’t prepared for an unexpected combatant: According to the synopsis, “Santa Claus is currently present, and he is about to demonstrate why this Nick is not a saint.”

Kelly McCormick, David Leitch, and Guy Danella are the producers of the film Violent Night. Marc S. Fischer is involved in the film in the capacity of executive producer. The origin of this item is 87North.