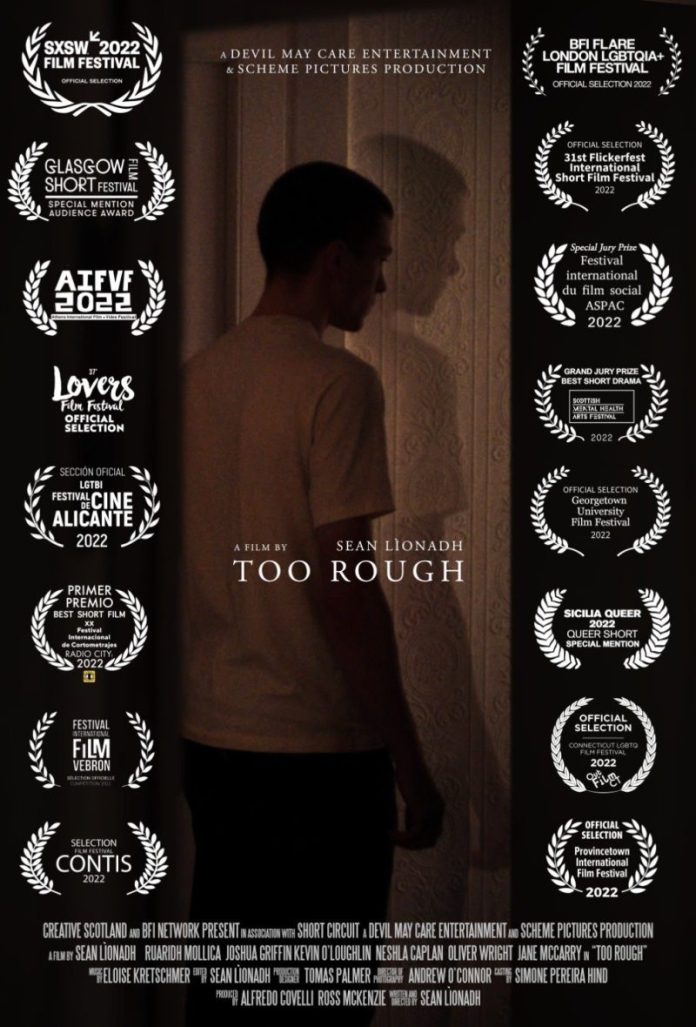 13stream is the first website to publish an exclusive trailer for Sean Lonadh’s short film Too Rough, which was nominated for a BAFTA Scotland award. After being acquired by Canal+, the movie will soon be made accessible to viewers across Europe via that particular channel. The synopsis of the short film states, “Too Rough depicts the story of Nick, a young man from a poor family who are ignorant that he is gay.” Nick is the protagonist of the movie. “After a night of partying, Nick finds himself cooped up in his squalid bedroom, where he is forced to conceal his relationship with Charlie from his troubled family.”

Watch the first official trailer for Too Rough by clicking the link below:

Sean Londah is responsible for both the writing and directing of Too Rough. Ruaridh Mollica, Joshua Griffin, Tomas Palmer, and Neshla Caplan are the actors who appear in it. After being acquired by Canal+, the movie will soon be accessible to viewers across Europe via that channel.