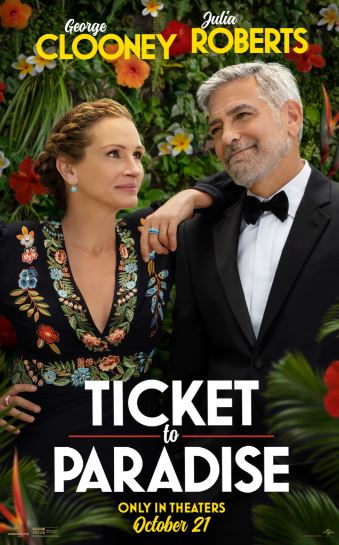 On the big screen, Academy Award® winners George Clooney and Julia Roberts reunite as exes who find themselves on a common quest to prevent their lovestruck daughter from making the same mistake they themselves made in a romantic relationship. Ticket to Paradise is a romantic comedy about the pleasant surprise that can be found in second chances. It was produced by Working Title, Smokehouse Pictures, and Red Om Films.