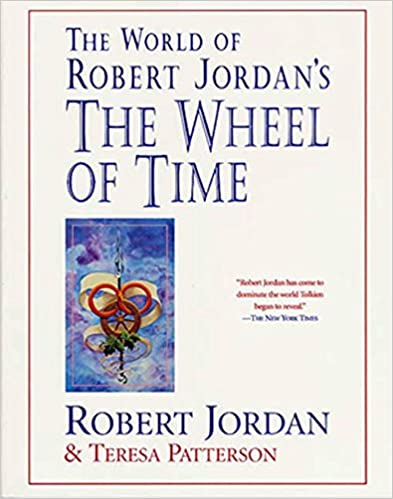 As the Ages pass and the Wheel of Time spins, memories are left behind, eventually becoming mythology. When the Age that gave birth to the legend emerges again, the legend becomes a myth, and even the myth eventually becomes forgotten.

Over four score paintings in full color are included in this companion book for the series. These paintings depict things like spectacular new maps of the world, portraits of the series’ main characters, landscapes, instruments of power, and country flags.

The reader will learn about the strange monsters that the Seanchan use, as well as read about the rise and fall of Artur Hawking and investigate the more in-depth account of the War of the Shadow. The following is the story of how the Ajahs were established as well as the founding of the White Tower.

The inner workings of the secretive nation of Shara and the presence of a previously unknown continent known as The Land of the Madmen are brought to light in this book.

This magnificent volume also includes double-page spreads of the seven book jackets designed by Darrell Sweet, allowing the artwork to be appreciated without distraction.

It also includes all of the known maps of the world, such as maps of the Seanchan Empire, the nations that were a part of the Covenant of the Ten Nations, and the nations as they were when Artur Paendrag Tanreall first started his ascent to legend status.

This is a must-have for all Robert Jordan fans.