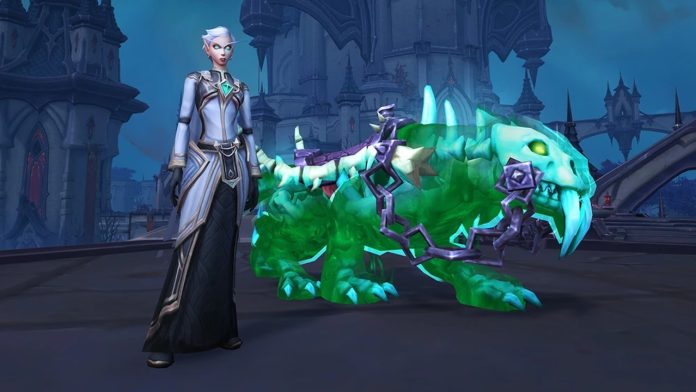 The Ultimate to Guide Everything You Need to Know Before World of Warcraft: Dragonflight

World of Warcraft: Dragonflight is almost here, and there are a lot of things you can (and really ought to) accomplish before you go on your journey across the Dragon Isles.

When the formal conclusion of the Shadowlands expansion comes around, certain special awards will no longer be achievable in any way, shape, or form.

On the other hand, new opportunities will become available in the pre-patch for Dragonflight, such as the brand-new Evoker class.

When the Dragonflight expansion becomes live on November 28, there are a number of steps you can take to ensure that your transition into the new content is as painless as it can possibly be. These steps include:

The Step-by-Step Guide to Getting Ready for the World of Warcraft: Dragonflight

There are a lot of different methods to be ready for World of Warcraft: Dragonflight, both before and after the impending 10.0 pre-patch, which is going to offer a brand-new Hero Class before the expansion’s actual release.

These preparations can be done before or after the pre-patch. This list will cover everything that is going to be deleted in World of Warcraft: Dragonflight, as well as the ways in which you can get ready for the expansion ahead of time, saving you valuable hours as you work toward reaching level 70.

Gain Access to Rewards That Will Soon Be Unavailable

After the official release of World of Warcraft: Dragonflight on November 28, it will no longer be able to acquire certain things, while the acquisition of others will become far more challenging.

The first of these is the Restoration Deathwalker mount, which will be available to you if you have achieved a Mythic+ rating of 2,000 prior to the release of Dragonflight.

Participating in dungeons with high Tazavesh and Mechagon keys is something you should do if you are still working your way up the ratings, as these dungeons allow for a greater number of mistakes to be made in comparison to others.

When Dragonflight is released, players will no longer be able to gain the one-of-a-kind Jigglesworth, Sr mount, or the Hero of Fate title.

If you complete all of them on Heroic difficulty, you will receive the Hero of Fate title as a prize. Completing all on Mythic difficulty will offer you teleports directly to each Shadowlands raid.

As for other achievements pertaining to raids, the We Are All Made of Stars achievement will no longer be available in Dragonflight, and this applies to both the Heroic and Mythic difficulties.

However, this achievement does not have any prizes associated with it. Back from the Beyond is another achievement that will be taken away, and it is the one that grants the Veilstrider title.

As this achievement will lead you through the vast bulk of material that Shadowlands has to offer before the expansion comes to a close, we strongly encourage you to work toward obtaining it before World of Warcraft: Dragonflight goes live.

The Carcinized Zerethsteed is yet another mount that cannot be obtained under any circumstances.

You only need to defeat The Jailor in the Sepulcher of the First Ones raid on the Heroic difficulty setting, and then finish the quick quest that was initiated by the item you will get from his body when you have done so.

To conclude, you should work toward obtaining the Frostbrood Proto-Wyrm before the release of World of Warcraft: Dragonflight.

Players that finish the Death Knight starting zone in its entirety in World of Warcraft: Wrath of the Lich King Classic, which is included as part of your World of Warcraft membership, will be rewarded with this mount.

Put Your Skills to the Test on Mythic Raid Mounts

It is possible to obtain the mounts Vengeance and Zereth Overseer by completing the Mythic difficulty of the Sepulcher of the First Ones raid and killing Sylvanas Windrunner and The Jailer, respectively.

Both of these bosses are located in the Sepulcher of the First Ones. The chances of obtaining one of these mounts as a drop will be drastically reduced as of the launch date of the World of Warcraft: Dragonflight pre-patches on November 16 in North America and November 17 in Europe.

We strongly advise you to put your skills to the test before the release of the Dragonflight pre-patch, just in case.

When the pre-patch for Dragonflight is released on November 16, another feature that will be removed is the benefit known as Winds of Wisdom.

Because Windows of Wisdom is an automatic buff that grants the player a huge 50% experience buff for characters level 10-59, this is an excellent time to level alternate characters to at least level 58, which is the minimum level required to participate in the World of Warcraft: Dragonflight introduction quest.

With the release of the pre-patch, World of Warcraft: Dragonflight players who have pre-purchased the expansion will be granted early access to the Dragon Isles.

The Dracthyr Evoker will become playable, making it the first ever combination of a race and a class in the game. It is impossible for a Dracthyr to be any other class besides Evoker, and vice versa.

Evokers are a Hero Class, much like Death Knights and Demon Hunters, which means that they begin the game at a higher level (58) and in a different beginning zone than the other two classes.

Forbidden Reach, the hidden proving ground for the black dragonflight, is the starting zone in this particular scenario.

Following a titanic conflict, the Dracthyr were once formidable warriors but were put into a magical stasis for thousands of years as a result of the conflict’s aftermath.

After being startled awake, you will need to explore the Forbidden Reach in order to piece together the pieces of your shattered memory.

You will have a taste of what World of Warcraft: Dragonflight has to offer once you have completed the introductory experience, and your newly created Dracthyr Evoker will be more than ready for it.

A completely redesigned user interface (UI) and heads-up display (HUD) is now available for use in World of Warcraft for the very first time in the game’s 18-year history.

We realize how tedious it can be to fiddle around with settings when you’re itching to play a new expansion, which is why we recommend personalizing and testing your user interface before the release of World of Warcraft: Dragonflight.

Bring Your Add-Ons Up to Date.

Your experience of the launch of a new expansion could be utterly ruined by outdated AddOns, which would cause technical issues and graphical glitches. We strongly encourage you to update your AddOns as soon as new versions are made available whenever possible.

Add-on development is a time-consuming process, however, so it’s possible that updates won’t be ready right away. In this scenario, out-of-date AddOns ought to be deactivated until a newer version is available for download.

These can be reactivated at any time within the World of Warcraft client application itself in the lower-left corner of the Character Select screen or through the AddOns menu while the game is being played.

The new Talent system that was introduced in World of Warcraft: Dragonflight changes the way in which characters acquire new spells and abilities as they level up.

This new system is a modernized redesign of the game’s previous Talent Tree system, and it now includes both a Class Tree and a Specialization Tree.

Because the modifications have already been implemented into the game, configuring your abilities in advance will enable you to bypass the loading screen and go straight into the new content when the game officially releases.

Testing and experimenting with your talents before the game’s release might save you a large amount of effort in the long run. This is because several classes and specializations, like the Mistweaver Monk, have been subjected to significant alterations.

The launch of World of Warcraft: Dragonflight for the personal computer will take place on November 28 via the Blizzard Launcher.