In a state-of-the-art penitentiary managed by bright visionary Steve Abnesti (Chris Hemsworth), offenders wear a surgically implanted device that distributes dosages of mind-altering pharmaceuticals in exchange for commuting sentences. There are no bars, no cells, or orange jumpsuits. In Spiderhead, convicted volunteers are free to be themselves. Until they’re not. At times, they’re a better version. Need to lighten up? There’s a medicine for that. At a loss for words? There’s a medicine for that, too. But when two patients, Jeff (Miles Teller) and Lizzy (Jurnee Smollett), build a bond, their route to redemption takes a twistier turn as Abnesti’s experiments start to stretch the limits of free will altogether. 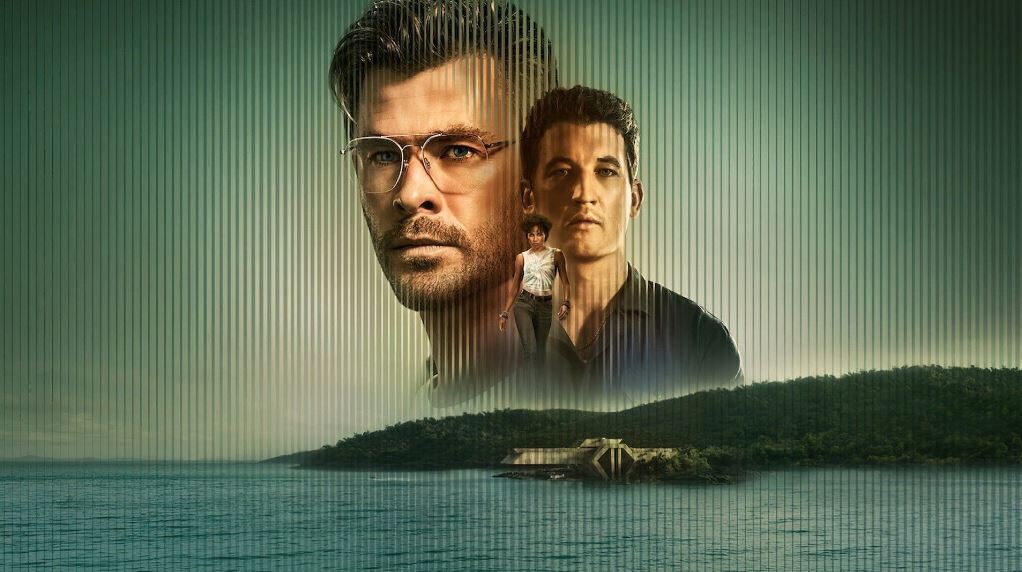 A REVIEW TO GUIDE YOU THROUGH

It’s nothing out of the ordinary. You wait the whole year for one movie starring Miles Teller that is directed by Joseph Kosinski, and then all of a sudden, there are two of them! Their first project together, the much-delayed Top Gun: Maverick, is now (at the time this article was written) soaring to the top of the box office, and their second, Spiderhead, is now available on Netflix.

Spiderhead, on the other hand, is a considerably more subdued affair than the Top Gun movie, which is an action-packed thrill-fest of a spectacle. Not to say that it is not interesting to see, but if you are anticipating a suspenseful story that will make your heart race, you may be a slight let down by what you find. Because the film’s title refers to the prison where Steve (Chris Hemsworth) performs his experimental study on his detained victims, you might also be let down if you’re anticipating the appearance of a character with the body of a man and the head of a spider.

Jeff, played by Miles Teller, is one of the inmates at the facility. He was sent there because he was responsible for the deaths of several other people in a car accident. Even though this is unpleasant, the fact that he is developing a friendship with one of the other inmates at Spiderhead makes his time there more bearable (Jurnee Smollett). They are not confined to one cell for a significant portion of each day, as is the case in most jails because they are allowed to freely roam the frigid and clinical halls of the facility together with the other convicts.

However, the charmingly disarming Steve requires folks who have been incarcerated for his experiments, so it’s not all fun and games for those who have been locked up. Thankfully, they aren’t as gory as you might anticipate; therefore, as I hinted a minute ago, there aren’t any scenes of humans being fused with arachnids to make any deformed creature. In other words, there aren’t any scenes like that.

Instead, Steve puts Jeff and the others through a series of experiments using mood-enhancing substances. These aren’t all negative; in fact, some of them make individuals feel upbeat and joyful, while others bring on emotions of melancholy and make them consider ending their own lives. There is also a serum that makes them go crazy with passion, which typically results in their stripping naked and engaging in unrestrained sexual activity while Steve and his aide Mark watch over them (Mark Paguio).

It is immediately apparent that Steve does not have the detainees’ best interests in mind when making decisions regarding their treatment. He assures them that the examinations would benefit society. Still, as the movie progresses, you will come to the same conclusion as Jeff, who begins to mistrust Steve’s intentions: that something more nefarious is going on.

The short story “Escape from Spiderhead,” written by George Saunders and first published in The New Yorker, is the inspiration for the film adaptation of the narrative. I haven’t read the story, so I can’t make a comparison between the two, but I hope it was more explicative than the script for the movie, which doesn’t go into Steve’s character or his reasons for carrying out the drug trials. I wish I could say the same thing about the movie. At the end of the film, he is nothing more than a caricature, another example of a mad scientist who wants to conduct experiments on other people for the sake of undiscovered personal gain rather than for the benefit of humanity as a whole.

There is a lot to take pleasure in, a significant part due to the fantastic ensemble performance and occasionally clever screenplay. However, the reasons for Steve’s actions are not fully explained, and the film only provides the most basic of explanations as it progresses, so the experience is not as rewarding as it could have been. It’s a shame that some of the other characters, like Jeff and Lizzy, don’t get more backstory and development because of this because they deserve it. As a result, playing Spiderhead can be very aggravating.

It’s possible that this was done on purpose—after all, we’re supposed to be pulling for Jeff and Lizzy, not Steve—but why can’t there be a movie with a clear antagonist? The majority of Spiderhead’s narrative is intelligently written, with themes revolving around free choice and ethical responsibility at its center. This movie could have been so much better if more consideration had been given to Steve and the factors that drove him.

Despite the lack of depth in his character, Hemsworth is entertaining to watch because he enjoys playing his part. Teller, like the other actors, provides good value for the money. And the movie is considered as a whole, even though it doesn’t come together to form a satisfying whole. You’ll likely enjoy yourself while you watch it. Still, if you’ve had great hopes for it because of what Kosinski accomplished with Top Gun: Maverick, you might want to temper those hopes a little because this film isn’t nearly as captivating as that other high-flying show of a movie.

How Guerrilla made Vegas in Horizon: Forbidden West