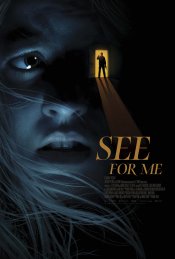 Sophie, a young woman who is blind and is house-sitting at a remote mansion, realizes that she is the target of an invasion by burglars looking for a concealed safe. The only weapon in her arsenal was a new software called “See For Me.”

It puts her in touch with a well-meaning someone in another part of the country who is willing to look out for her and assist her in staying alive.

Kelly, a former member of the military who now spends her time participating in first-person shooter video games, has a connection to Sophie.

Sophie has no choice but to realize that for her to make it through the night, she will require as much assistance as she can get her hands on. A blind young girl who, in the end, proves to have more power than she initially believed.

See for Me Trailer

Clash Royale: How to Add Friends