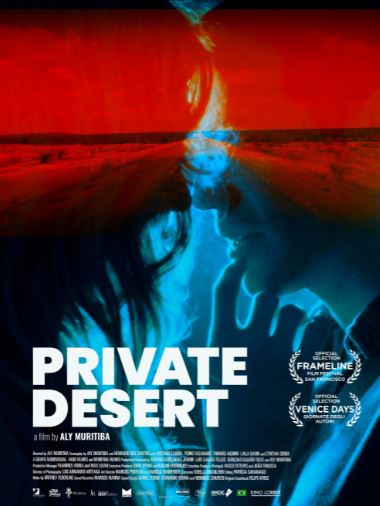 “Remember when we discussed how it feels to be on your own in the world?” Sara is a gender-fluid person who works as a blue-collar laborer under the guise of her male birth identity, Robson. During the day, she takes care of her devout grandmother in the Brazilian town of Sobradinho, which is located in the country’s northeast.

After a violent episode that has been reported widely in the media, Daniel, who works as a teacher in a police academy in the southern metropolis of Curitiba, has been placed on leave without pay. His virtual relationship with Sara, whom he has never met in person, is the only thing that is keeping him together at this point.

When she vanishes without a trace, Daniel sets out on a journey across Brazil covering a distance of 2,000 kilometers to find her. He distributes Sara’s image all over town, but no one seems to remember her. Then, out of the blue, he gets a call from an unknown number from someone who claims to know Sara and wants to meet with him. The events that take place beyond this point are a voyage of the heart that will permanently impact Sara and Daniel.

Private Desert was chosen to represent Brazil at the 94th Academy Awards and was an official selection at the Venice Film Festival. The film is known for its beautiful cinematography as well as its eerie and atmospheric score. The song “Total Eclipse of the Heart” will never sound the same to you again after this point.