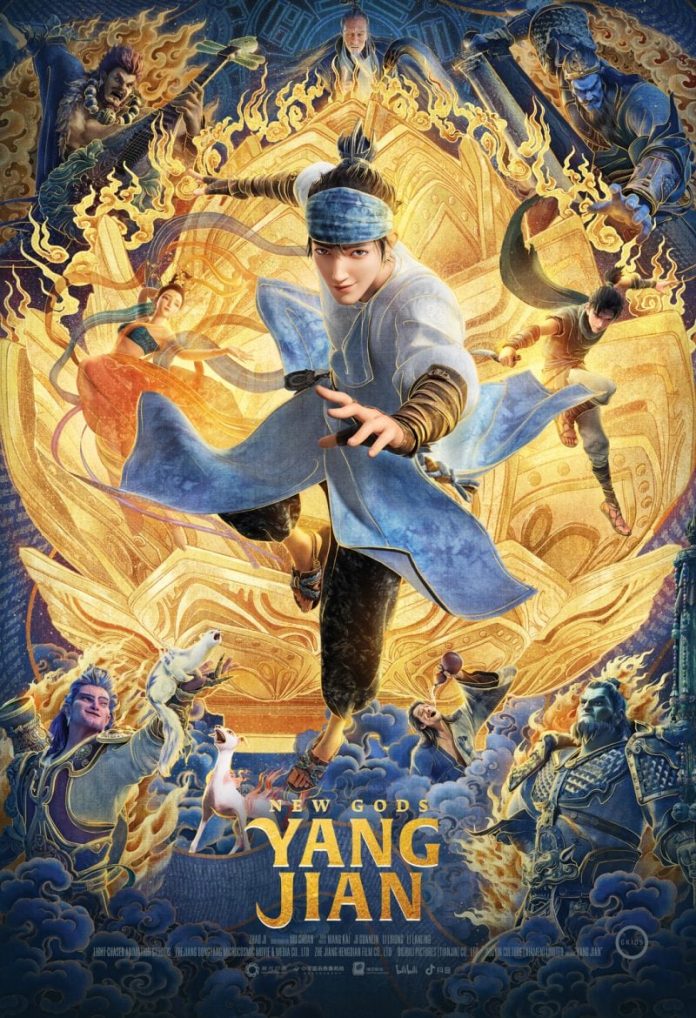 GKIDS has announced that it will be releasing the donghua film New Gods: Yang Jian, which was created by Light Chaser Animation, in theaters all around the country the following month.

Beginning on January 20, 2023, the film will simultaneously be shown in Mandarin and the English-dubbed version.

The film’s summary states, “Thirteen years after Yang Jian (known to some as Erlang Shen) imprisoned his sister beneath a mountain; the once powerful god now scrapes by as an impoverished bounty hunter.”

After being hired for a new job by an unidentified woman, Yang Jian quickly finds himself on the trail of a person he has encountered before. Even if it means the world is ending, he has no choice but to stop Chenxiang, his long-lost nephew, who is on the hunt for the mystical lotus lantern that would set his mother free.

As Yang Jian faces the consequences of his past acts, he must also contend with a horde of violent vigilantes who are after the same treasure, which can disrupt the delicate equilibrium of their universes.

Below is the official English trailer for New Gods: Yang Jian, which you may watch:

“As a dubbing studio that has long been committed to diversity and inclusion, NYAV and GKIDS are excited to bring yet another cast that highlights AAPI representation,” stated Dubbing Supervisor Stephanie Sheh of NYAV Post. “This cast includes our dubbing director David Chen, who is a Chinese Canadian.”

We are overjoyed to have the opportunity to continue working on these breathtaking films, and we like the inventive alterations that Light Chaser Animation has so elegantly envisioned.

Mu Chuan is responsible for the script for New Gods: Yang Jian, while Zhao Ji is the film’s director. Nicholas Andrew Louie, Christine Lin, Parry Shen, Luke Naphat Sath, and James Sie are all cast members for the English dub. Beginning on January 20, 2023, the movie will be shown in Mandarin and the English-dubbed version simultaneously.