The popular feature film ‘The Girl in the Yellow Jumper’ directed by Loukman Ali will be available on the popular movie streaming service Netflix in the United States on the date that was previously announced.

In the year 2020, the Ugandan film made waves after its director played a practical joke on Ugandans by releasing a series of teaser clips that were labeled as the film’s “leaked version.”

The feature film, which went viral after what fans believed to be the original version of the film leaked in the days leading up to its premiere, will make its debut on the streaming service on Christmas day.

The upcoming thriller, set to be released in 2020, is produced and directed by Loukman Ali. It tells the story of a man who successfully escapes a hostage situation and returns home with a story to tell.

Because of the emergence of the Covid-19 virus, the movie “The Girl in the Yellow Jumper,” which had been scheduled to open in Kampala theaters in April of 2020, had to be postponed.

The production firm for the film announced an online premiere not long after the film’s release was pushed back, and just a few days before the premiere, it was rumored to have been posted on YouTube.

Northern Uganda was the location of the filming in 2018 for “The Girl in the Yellow Jumper.” 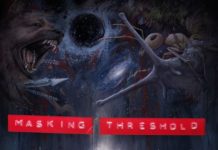 Hillsong Worship – Jesus I Need You (Mp3 and Lyrics)