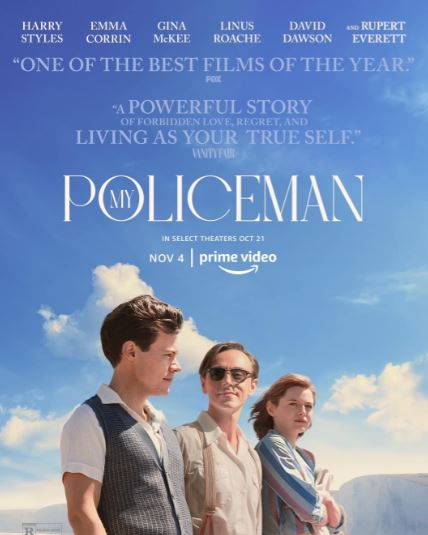 My Policeman is a beautifully created narrative about forbidden love and shifting societal standards. It follows three young people as they embark on an emotional journey in 1950s Britain: policeman Tom (Harry Styles), teacher Marion (Emma Corrin), and museum curator Patrick (David Dawson). In a flash forward to the 1990s, Tom (Linus Roache), Marion (Gina McKee), and Patrick (Rupert Everett) are still reeling with desire and regret, but now they have one more opportunity to mend the harm caused by the mistakes they made in the past. Michael Grandage, the film’s director, sculpts a beautifully transportive and heart-stopping image of three people caught up in the shifting tides of history, liberty, and forgiveness. The book on which the film is based was written by Bethan Roberts.