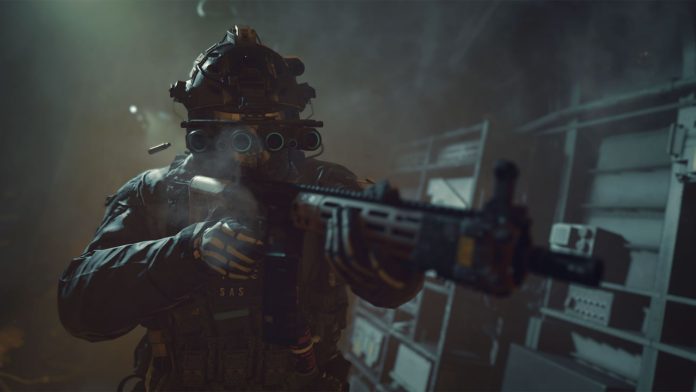 Which Level of Challenge Should You Take on in Modern Warfare 2?

In keeping with the majority of the other entries in the series, the campaign in Call of Duty: Modern Warfare II allows players to choose from a variety of different difficulties.

Because of these many difficulty settings, you can be sure that you will always be able to select the option that will provide you with the greatest possible experience in light of your specific goals.

There are also certain campaign awards that can be earned in relation to the choices of how challenging the campaign is. The game’s producers have made it absolutely clear that you will be challenged if that is what you are hoping to get out of playing the game.

However, selecting a real challenge will still require some deliberation on your part. This article will walk you through each of them and explain to you which difficulty setting in Call of Duty: Modern Warfare 2 may be the most suitable for you to play on.

An Explanation of the Difficulty Levels in Call of Duty: Modern Warfare II

The game includes a total of five different levels of challenge for you to choose from, giving you quite a few options to work with. Choosing options closer to the bottom of the scale will make it much simpler for you to go through the game.

On the other hand, the further you progress, the more rapidly you will comprehend the complexities involved in having to restart at checkpoints over and over again.

The information and difficulty levels that are provided in the following paragraphs should be able to assist you in making a decision regarding the level of difficulty.

This level of difficulty is recommended for new players who have never experienced the thrill of playing a first-person shooter before.

This is the easiest setting available in the game, so choose it if you want to avoid being constrained by an excessive number of challenging spikes.

This will be the choice that is available to you. In addition to that, this will be the optimal difficulty for collecting achievements and trophies while simultaneously advancing rapidly through the game.

The regular, or “regular,” difficulty level is one of the most popular and widespread levels of challenge encountered in video games. We believe that selecting this level of difficulty will provide the most satisfying overall experience.

For a first-time experience with the campaign, this is going to be the optimal choice of options to take.

The Hardened difficulty, on the other hand, adds a bit more spice to the mix and will force you to make use of whatever strategies you may have on the battlefield while simultaneously rushing through objectives and taking cover.

Players who are looking for a challenge but don’t want to be inundated with checkpoints will find this to be an excellent option.

The Veteran difficulty has been one of the series’ mainstay challenges for some time now, and it is frequently the subject of discussion among players. This is due to the fact that certain games in the series include a difficulty level that is unfathomably challenging.

Veteran difficulty is waiting for you with open arms and spiked barbed wire if you’re the type of player who enjoys experiencing some discomfort while working your way through missions.

The challenge known as “Realism” is certainly one of the more intriguing challenges on the list. Your overall heads-up display (HUD) will be disabled, and your starting health will also decrease.

This is a challenging option that will bring your experience in the game much closer to what it would be like in real life.

In any case, regardless of the level of challenge you select, the Call of Duty campaign you play will provide you with the same high-quality gameplay experience.

The date October 28, 2022 has been planned for the release of Call of Duty: Modern Warfare II on the PlayStation 5, PlayStation 4, Xbox Series X|S, Xbox One, and personal computers.