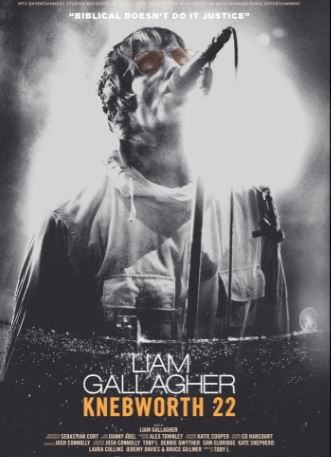 At the beginning of this year, Liam Gallagher exceeded all expectations by returning to Knebworth, some 26 years after the iconic gigs that Oasis performed in 1996.

This year’s event coincided with the release of Liam’s third solo album, C’mon You Know, which achieved Liam’s third number-one spot for a studio release in the album charts.

Liam performed in front of 170,000 fans for two sold-out nights, making it one of the first major stage shows after the pandemic.

The newly released Knebworth 22 is a feature-length documentary that follows Liam to the location of his former band’s most memorable performances. The film features all-new interviews, behind-the-scenes videos, and concert footage from twenty different camera positions.

The film also goes a little further by finding out experiences and viewpoints from collaborators and fans of different generations worldwide. It does this to transpose the emotional and social context of the shows from the 1990s onto the turbulence of our current period.