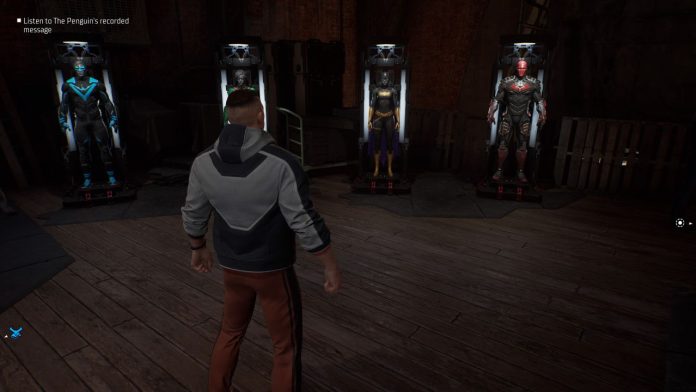 The Step-by-Step Guide to Changing Characters in Gotham Knights

In Gotham Knights, you have the option to take control of any one of the four recognizable Batchildren. When you have options like Batgirl, Nightwing, Robin, and Red Hood, it can be difficult to decide which one to go with.

The only question that remains is whether you will be able to alter your decision once it has been made. If that’s the case, what are the mechanics behind switching between characters in Gotham Knights? You can get an explanation from us about this.

Until you finish part 1.2 of Batman’s Last Case, you are somewhat unable to change your character in any significant way.

You have been given the mission at this stage of the game to sneak into the GCPD headquarters in order to locate Kirk Langstrom’s body in the morgue and find a solution to the Biodecryption key case.

Once you have returned to the Belfry after sneaking your way around the area and completing the tasks required of you, you will know that the mission has been successfully completed.

You are finally able to take a peek around your base of operations once all of the cutscenes and dialogue have finished playing out.

This will become available at the same time as the social and multiplayer components of Gotham Knights, at which point you will have access to them.

READ ALSO:  How Many Villains Are in Gotham Knights?

At this stage in the game, you are allowed to switch between any of the four characters at any time while continuing the plot and completing patrols.

Changing characters when you are in the middle of a quest is not possible. Only at the Belfry are their positions able to be switched in and out.

The fact that experience points are shared among all four characters is one of the many benefits of switching characters.

If you choose to choose Red Hood as your main character and rack up a lot of Ability Points (AP), those points will be easily transferable to your other three characters.

When you switch characters, though, your gear will not catch up to the level of your top character. If you play a character from the beginning until the end, you will most likely have highly powerful equipment that is proportionate to your level at the end of the game.

They will, thankfully, be able to find gear that is close to their level depending on the conclusion of the main story quest that is ready to be donned because the game progresses naturally. However, objects that can be crafted will not be affected.

Gotham Knights can now be played on the PlayStation 5, Xbox Series X/S, and personal computers.

READ ALSO:  How Guerrilla made Vegas in Horizon: Forbidden West

Trailer for the Third Season of “Emily in Paris” Shows Lily Collins Making a...