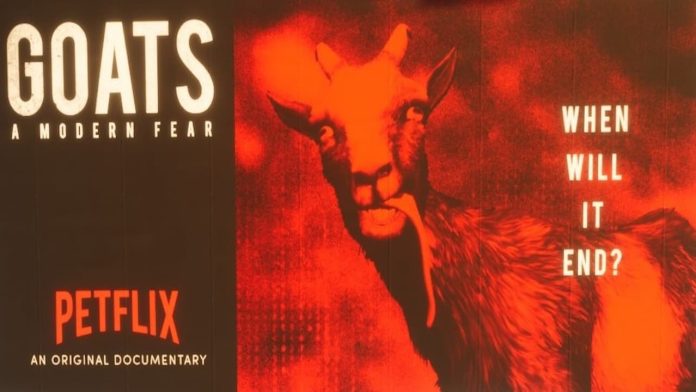 Coffee Stain North, the same studio that created the first Goat Simulator game as a joke prototype for a game jam, is behind the development of Goat Simulator 3, an action game played from the third-person perspective.

There is a chance that you are thinking to yourself, “Wait, there was a Goat Simulator 2?” This is a reasonable question to ask. Don’t worry about it though. The naming system that the developers have chosen is nothing more than a cruel joke.

A spoof of a trailer for Dead Island 2 that was produced in 2014 was used as the announcement trailer that was aired during Summer Game Fest.

They were fooled into thinking they were seeing a remaster of that trailer until Pilgor appeared, at which point they recognized they had been goat baited to a significant degree. Pilgor 1, Humanity 0.

The tone for their newest entry was set by the trolling done by the devs and their usage of a parody trailer to introduce the game, and trust me when I say that it does not disappoint.

Pilgor, everyone’s favorite goat, has returned, and this time she brought friends along with an enormous basket packed with the most delicious Easter eggs.

The action in Goat Simulator 3 takes place on the made-up island of San Angora, which is divided into a total of six distinct regions.

Because the globe of San Angora is 18 times larger than the world of the first game, this means that there are even more areas for you to investigate and create havoc in.

In the new zones, there is a farm known as Fairmeadows Ranch, a suburb known as Suburbsville, and a major urban area known as Goatenburg.

Residents of San Angora are meant to be semi-realistic, and they all strive to live their lives to the fullest.

The chaos that you produce will have unanticipated repercussions for their world. When I saw how the NPCs in the game reacted to the changes that occurred in their environment, I was often treated to amusing shenanigans.

No matter how subtle the acts you take, the non-player characters will respond to them in real time.

My greatest illustration of this is when I knocked down an NPC’s sandcastle and the character immediately marched over to a lifeguard to lodge a formal complaint about what I had done.

As soon as they both turned to look at me, I reflexively pressed the Baa button and raced away giggling.

The Narrative – There Is No Country for Old Goats

The deeds that Pilgor performed in the first game have contributed to her being a well-known character across the globe. The Farmer, the main enemy of the game, kidnaps Pilgor with the intention of using her in order to increase his wealth.

Unfortunately, the Farmer is unaware that he has just unleashed a pandora’s box upon the citizens of San Angoran, who were completely unprepared for it.

Even while the tale isn’t going to win any awards, it provides you with a motivation to finish quests and build up your goat fortress.

The final battle against The Farmer is one of my favorites from any game since it incorporates elements from so many different game genres and styles throughout gaming’s history.

According to the chief creator of the game, his objective with Goat Simulator was to create an old-school skating game that everyone liked to play as a kid, but instead of being a skater, you play the role of a goat, and instead of performing tricks, you destroy everything.

He was successful in achieving his objective, and Goat Simulator 3 builds on his accomplishments.

It took some practice for me to become proficient in controlling Pilgor. Having said that, once I did, I was able to control her like the true legend that she is.

When I used her traversal mechanics to look for collectibles that were buried throughout San Angora, Goat Simulator 3 reminded me of an old platformer game that I used to play when I was a kid.

You can have a lot of fun when exploring San Angora by doing things like wallrunning on a building like Neo from “The Matrix,” grinding power line cables, and driving a car off a ramp like Evel Knievel.

Although the game’s physics could occasionally result in less-than-desirable outcomes, the game’s designers intentionally included exaggerated mechanics for the sole purpose of creating comic effects. But don’t be concerned about it.

Because it doesn’t happen very often, we won’t become tired of having it around. When I went through it, I couldn’t help but giggle at how ridiculous it all was.

READ ALSO:  Goat Simulator 3: How to Finish "How to Be a Goat"

Pilgor and I will play a game of dress up.

The Wardrobe system in Goat Simulator 3 is a very entertaining component of the game. Pilgor’s appearance can be customized in a variety of ways thanks to the seven available wardrobe slots.

These items, which are frequently parodies or references to popular culture, include apparel, fur, and horns.

But the items that offer Pilgor special skills to assist explore San Angora, accomplish missions, and find treasures are the best aspect of the wardrobe system. You can use these abilities to find objects and perform tasks.

For example, my all-time favorite item is the Channitatium Shield, which started making me laugh out loud as soon as I understood how funny the name of the item was.

Of course, you can also modify your goat type by morphing Pilgor into different creatures, such as a giraffe or a hammerhead shark, which doesn’t really make much sense, but hey, let’s not question it. Have a good time exploring San Angora while dressed as a Rhino.

Easter Eggs Until The End Of Time

Even after I had finished the game’s main story, I went back around San Angora looking for hidden easter eggs since Coffee Stain North did such a good job of incorporating them into the game that you will unintentionally find them all the time.

It’s amazing how even after multiple playthroughs, I can still discover fresh easter eggs. Performing The Imperial March on church bells, bringing the Ring back to Mount Doom, and attending a concert at the Distopia music festival are all examples of easter eggs.

References to popular culture are the source of creativity for more than just Easter eggs. The game’s design team took cues for a lot of its gameplay elements from classic video games and movies from our collective gaming history.

For instance, if you enter a secret level known as the Cellar of Doom, you will be transported to a level that was influenced by Wolfenstein 3D.

Let’s get our goats in a row!

The new multiplayer option in Goat Simulator 3 is the most problematic aspect of the game for me at this point.

You and three of your buddies can travel throughout San Angora together in Goat Simulator 3, which features online and split-screen four-player cooperative play. The one and only drawback is that the game does not permit cross-play between different platforms.

Because Goat Simulator 3 is exclusive to the next generation of consoles, you and your friends will need to use the same system in order to play it.

My impression of the game has not been affected in any way by this, despite the fact that some players who enjoy gaming with their friends may find this frustrating.

Coffee Stain North has mentioned that they may release further multiplayer features in the future, however they advise players not to get their hopes up about this development.

Are there any bugs or issues that can completely break the game?

During my extensive time spent playing Goat Simulator 3, I did not come across any bugs or flaws that would cause the game to become unplayable. There were no problems with any of the open-world tasks, wardrobe items, or other components of the game.

When I ran the game with the graphics settings turned up to their maximum, I did not see any performance concerns.

There is no reason to expect that next-generation consoles will be unable to run Goat Simulator 3 without any problems. It came as a surprise to me that I did not find any part of the game to be frustrating.

I had a lot of fun playing Pilgor while I was searching for collectibles and completing objectives in San Angora.

The cherry on top was being able to accessorize her with amusing wardrobe items while also playing the game in an effort to extract as many easter eggs as possible, much like the character Gunter from Ready Goat One.

I didn’t have any problems with bugs or performance, which is really unusual given how often problems are in newly released games. The narrative of Goat Simulator 3 won’t remain fresh in your mind after you finish the game, but the gameplay will.

It is important for major AAA video game makers to take note of the game’s success, but in the end, it won’t matter since Pilgor will consume them regardless.

Goat Simulator 3 is a game that you will like if you are a fan of open-world adventures that take place in a universe that doesn’t take itself too seriously. 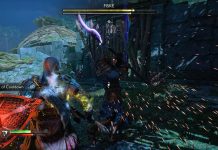 God of War: How to defeat Fiske: Ragnarok

America the Beautiful: Rediscovering What Made This Nation Great by Ben Carson [pdf]