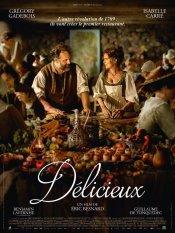 France, 1789. The culinary prowess of a noble house is the single most important factor in determining its reputation. At the beginning of the French Revolution, cuisine was still considered a privilege reserved for the aristocracy. As a result of Pierre Manceron’s dismissal from his position as a gifted cook by the Duke of Chamfort, he loses his liking for cooking. After returning to his country manor, he has a rendezvous with the enigmatic Louise, which helps him get back on his feet. While they both indulge their desire for vengeance against the Duke, they conclude that they should open France’s first restaurant.

Gannibal, a Japanese horror thriller, will premiere on Disney+ later this year