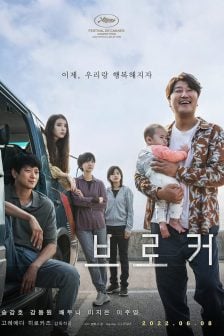 NEON has just published a new trailer for the upcoming South Korean drama Broker, which CJ ENM will produce. Song Kang-ho, the star of the film Parasite and recipient of the Best Actor Award at the 2022 Cannes Film Festival for his role as a newborn thief, is featured in the movie. Beginning on December 26, the movie will debut in the United States at some venues. In the video, two baby snatchers can be seen attempting to find a new family for a baby boy whose young mother has given up on caring for him.

Nevertheless, the mother suddenly appears intending to assure that a decent person will adopt her child if she cannot care for it.

As they continue their journey together, an untraditional family dynamic will emerge between them.

Take a look at the official trailer for Broker down below:

According to the plot summary, Sanghyeon has a never-ending battle with debt, while Dongsu is employed at a facility that houses baby boxes.

On a stormy night, they broke into the baby box and stole the infant Woosung who had been left within.

They planned to sell him for a high price. While this was happening, the investigators kept an eye out for them and sneaked up on them to get the needed evidence.

Hirokazu Kore-eda, a Japanese director best known for his critically lauded works such as Like Father, Like Son, and Shoplifters, is the man behind both the writing and directing of the film Broker.

Céline Dion – Because You Loved Me (Mp3 Download and Lyrics)