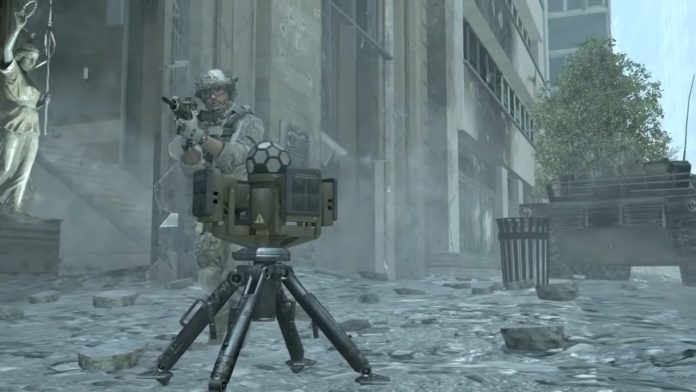 In its tenure as a core franchise of Call of Duty games that kept the blood pumping, Call of Duty: Modern Warfare has had several different installments of the game.

Fans of the series have a lot of good memories to reflect on, and specific maps from the original trilogy that were released between 2007 and 2011 are among those memories.

While you are playing games like Call of Duty: Modern Warfare II and making use of the most powerful sniper rifles, this would be an ideal opportunity for you to reflect on the history of the brand.

Crash is ranked number seven on the list of the best Modern Warfare Trilogy maps from 2007 to 2011. Call of Duty 4: Modern Warfare

The map known as Crash is one that players of Call of Duty 4: Modern Warfare will most likely have played at some point or another during the course of their experience with the game.

This was a map that turned up frequently on many matchmaking searches, therefore you were going to have to play it regardless of how badly you wanted to play a different map at some points.

People began to like it more as time went on, and we believe that it is undoubtedly a map that is deserving of some further credit for the design of it.

Call of Duty: Modern Warfare 3’s Black Box is our number six pick (2012 DLC Map)
Despite the fact that this map was made available only as a paid add-on, it nonetheless received a lot of positive feedback.

It was an amazing experience all around when we got the opportunity to participate in a battle that was using the map that was now in rotation.

Because there are so many different ways to navigate the setting, players have access to an environment that supports a high degree of tactical flexibility.

In the game, this location represents the crash site of Air Force One; the aircraft is visible on the ground, and there are even buildings in the area. A map with a bigger size that satisfies all of the requirements to be considered an outstanding map.

Call of Duty 4: Modern Warfare’s Wet Work is the fifth spot on our list.

Fans of this particular map are persistent in their requests for remakes of the map. While evading the fire of the opposing side and leaving your own mark on the battlefield, it may be a lot of fun to be aboard a cargo ship in the middle of the action.

Because the design of the map contains a lot of different portions in which you will need to learn the patterns of specific enemies, you will need to constantly be moving about the terrain. This will ensure that you do not get stuck anywhere.

4. Dome, a mode in the video game Call of Duty: Modern Warfare 3

When we think of the history of Call of Duty, one of the maps that immediately springs to mind is the Dome map.

Even though it does not have the most memorable name in the history of the century, it does not disappoint in terms of the quality of the design or the surroundings as a whole.

The level, which is set in a desert, exudes a lovely ambiance, and the fast-paced action that can be found on the map ensures that everyone is kept on their toes when it comes to the gaming.

The map Terminal must be mentioned in order for this list to be considered comprehensive. The design of the multiplayer map, which was based on the location of the notorious and somewhat controversial campaign mission known as “No Russian,” received accolades from fans.

This was the setting for the mission. One of the primary reasons for its induction into the Call of Duty fan hall of fame was the fact that it was very unique in comparison to the majority of the previous maps that we had played in the series.

Over the course of its existence, Rust has garnered a significant amount of notoriety, to the point where mods for other games have been developed exclusively around it.

There is a rationale behind this, and that rationale is the extraordinary usefulness of the map in question. The ideal battleground for snipers is available, yet shotgunners can still operate with a sense of familiarity and comfort.

This Call of Duty map is one of the few that has managed to garner praise from all different types of gamers, making it one that is discussed even to this day.

1. Call of Duty: Modern Warfare 2’s Sub Base, which is referred to as

You are sure to remember playing Sub Base because it is one of those maps. The several aspects of the map, which take place in a wintry setting close to a submarine, each have their own unique qualities that are worthy of praise.

Additionally, the verticality of this map is a key component of its design, which is one of the many aspects that sets it apart from some of the other maps.

There’s a good chance that, as you read the information on these Modern Warfare maps, a flood of memories from your past came flooding back to you.

A significant portion of what makes it so appealing to play multiplayer over and over again is the fact that it features meticulously constructed maps that incorporate unique design choices.

It is vital to recall the history of numerous maps from the Call of Duty franchise, especially now that fan-favorite maps are being introduced to the game Call of Duty: Modern Warfare II.

Chris Rice – How Great Thou Art (Mp3 Download and Lyrics)

A Title, Trailer, and Poster for Indiana Jones 5 are Unveiled