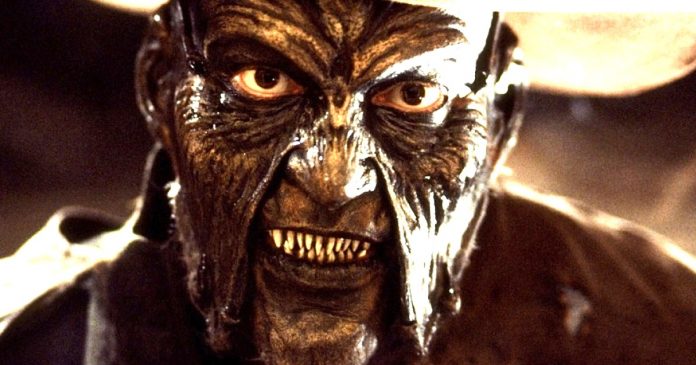 Arrow in the Head Movie: addressed as Jeepers Creepers.

The Arrow and Lance have decided to discuss the existing Jeepers Creepers trilogy, which consists of films that were directed by an individual who was previously incarcerated for sexual offenses.

This decision was made in preparation for the upcoming Jeepers Creepers reboot, which, thankfully, was made without the involvement of the franchise’s original creator.

Watch the video that has been embedded above to see what people had to say about the monster movies that were directed by an individual who is a monster in his own right.

Here’s info on “The Arrow in the Head”:

On this week’s episode of Arrow in the Head, we will be experimenting with a slightly different format.

After working for a number of years in the background, we have finally made the decision to bring our caustic, alcohol-influenced sense of humor into the modern era with The Arrow In The Head Show!

We will delve into the good, the bad, and the ugly of horror from the golden ages of the ’80s through the underrated ’90s and maybe even a bit beyond.

This show will be hosted by John Fallon, also known as The Arrow, and Lance Vlcek, and it will cover not only the newest horror movies that are hitting the big and small screens but also the history of horror from the golden ages of the ’80s through the underrated ’90s.

Something cool and a little bit rough around the edges, we are here to talk business with a drink in one hand, a little bit of cussing, and a lot of heart.

Lance was the one responsible for editing this episode of the show, and he and The Arrow were the ones who wrote it.

The following three episodes are available for your viewing pleasure. Head on over to the JoBlo Horror Originals channel on YouTube to find out more and to take a look at the other shows that we have available… and while you’re there, make sure to subscribe to the channel!

Arrow in the Head Movie