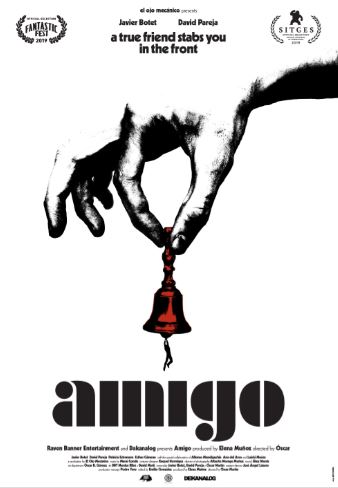 Javi (Javier Botet, REC, Crimson Peak) is left bedridden after a vehicle accident that took his wife’s life and left his best buddy David (David Pareja) with little more than a scratch. Javi’s wife was killed in the tragedy.

His body is riddled with deep gashes, his lungs are full of fluid that makes it agonizing and nearly hard for him to talk, and his legs are so badly damaged that they cannot be operated on.

In the first scene, we glimpse the interaction between the two people who have managed to survive. David brings Javi inside the home on his back. They have just arrived home from the hospital, and David has given Javi his word that he will be there to provide care for him.

Javi does not want David’s help. David starts to become aware of things that are not in their proper position. Even though Javi can hardly move of his own volition, he begins to suspect that Javi is trying to cast doubt on him through gaslighting.

Following some excruciating scenes, the power dynamic eventually falls into an unsettling rut. Having reached a painfully high fever temperature.

The Cocaine Bear: The Trailer Teases a Drug-Induced Attack