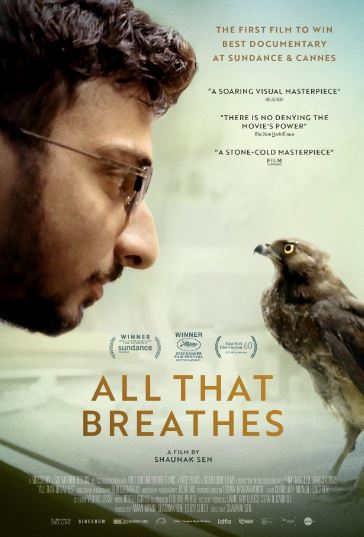 Cows, rats, monkeys, frogs, and hogs coexist peacefully alongside people in one of the cities with the highest population density on the planet. In this story, two brothers fall head over heels in love with the same bird: the black kite. The “kite brothers” provide care for thousands of these entrancing birds every day, collecting them from the smog-filled sky over New Delhi and bringing them to their makeshift bird hospital in their cramped basement. The bond between this Muslim family and the neglected kite forms a poetic chronicle of the city’s deteriorating ecological and escalating social tensions as environmental toxicity and civic unrest both increase.

All That Breathes Trailer